Nominations for Career and Combination/Volunteer Chiefs or Officers may come from any organization in the Eastern Region.

All nominations must comply with criteria below:

Deadline for nomination packages must be received by November 30th, annually.

1. Complete the official nomination form. Remember, this is a lifetime achievement award, not one specific incident.
2. Submit a cover letter on the organization’s letterhead, signed by the organization’s chairperson, president or executive director, county or city manager describing in less than 1200 words the nominee’s major accomplishments and why the candidate is being nominated.

Nomination Submittal
The nomination form and supporting documents comprise the entire documentation for a candidate’s nomination. Neither the nominee nor anyone representing him or her is to contact any member(s) of the ECFA Scholarship Committee or Board of Directors once the nomination has been made and before the final selection has been made. Any violations of this will subject the nominee to disqualification.

To complete a nomination for ECFA Fire Chief or Fire Officer of the Year, you must complete the Official Online Nomination Form. The downloadable forms are below.  The completed application packet must be submitted by November 30th to:

The ECFA is not responsible for submissions received past the deadline of November 30th, annually.

The current ECFA Scholarship Committee shall serve as the selection committee for Fire Chief and Fire Officer awards. Each nomination package will be reviewed by that committee.

Smithfield is hiring for their Firefighter position 🚒Get involved and serve your community! We are currently hiring for the position of Firefighter I. An employee in this position will respond to emergency calls and function as a Firefighter, Technical Rescuer, and Emergency Medical Technician-Basic. Candidate must have high school diploma or equivalent and must be a minimum of 18 years old and have experience in fire ground operations, emergency medical care, and hazardous materials.

Visit smithfield-nc.com/jobs to view a complete job description and to download an application. ... See MoreSee Less

Congratulations to Duck Fire Chief, Donna Black on becoming the President of the IAFC - International Association of Fire Chiefs today! We are extremely proud of this Eastern Carolina Chief!Chief Donna Black was sworn in this week as the new President for the International Association of Fire Chiefs and several of our North Carolina fire service members were there to congratulate her in person.

Chief Black, your North Carolina family wants to thank you for your hard work and dedication to betterment of the fire service. You make a difference and not only in North Carolina. We are so proud to call you one of our own! Thank you for what you do every single day. #EveryFirefighterEveryday ... See MoreSee Less

***Attention Golfers***
Come on out and play a round for a great cause!!! ... See MoreSee Less 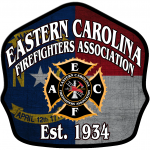